This blog has been an almost 7-year, deep dive into material that is heavy and depressing, but it has been fascinating, and I have learned so much! I have tried to share some of what I’ve learned with you, and I hope that it has been interesting and informative.

I started writing this blog because, years ago, a friend of mine was running for public office, and he asked me to inform him about the environment in Missouri. I started writing him a series of white papers. As I worked, I found that the media generally follows environmental activism or specific environmental problems. It rarely presents an overall assessment of the environment, especially broken down by state. Information about Missouri was not easy to find. I had to dig, but I discovered that amazing information was there if you could just find it.

One of my great hopes for this blog has been that it would help guide others to the resources I discovered.

On a personal level, my wife was diagnosed with cancer in November 2012. She lived for almost 6 years before losing her battle. There were many times when she felt well, and we did many amazing things together during that time. But there were also periods when she was ill, and the blog was something I could do when she did not want me to “hover,” but I did not feel I should leave her alone.

The blog’s first post went live in January 2013. It was about the Greenhouse Gas Inventory that Missouri conducted in 1990. Once upon a time Missouri was an environmental leader – imagine that! Since then, there have been 370 posts. More than 41,000 pages have been viewed by more than 24,000 separate viewers. Really popular blogs get tens of millions of views every month. I never expected the blog to grow big; it’s about statistics, after all, and most people are not fond of statistics. If you told me at the beginning that I would have written material viewed 41,000 times by 24,000 people, I would have been very pleased.

Each post takes, on average, 10-12 hours to write. I have to read and understand the studies and reports, I have to download the data and massage it into a form that fits this format, and I have to write the text. Now, it is time for me to stop. The blog will continue to exist for a couple of months going forward, and perhaps even beyond that. Though I will no longer be adding new posts, the old ones will still be there, and they will still be full of good information. They will continue to point the way to the original sources for those who want to dive deeper.

Thank you so much for the opportunity to write for you. Best wishes. 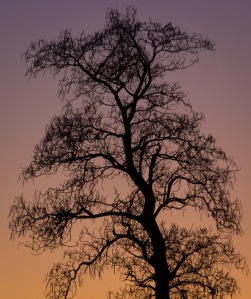 Tree At Sunset. Photo by John May

By mogreenstats in Uncategorized on 2019/10/17.
← Global Brain or Global Cancer?